The Tony Bardy Motorsport team finished preparing the Team RX Racing Ford Fiesta Supercar in the early hours of Saturday morning, following the accident a month earlier at Pembrey in South Wales in which Ollie O’Donovan suffered injuries that meant he was unable to compete at Croft.

Deputising for the Irish driver, Bardy’s event on Saturday was short-lived. A throttle problem after the start of the weekend’s very first race meant the Yorkshireman spectacularly rolled the car into the tyre wall on the outside of the first corner, causing significant damage.

Undeterred by the incident, the Tony Bardy Motorsport team returned to its Scotch Corner workshops in a bid to repair the car, the Fiesta returning to the circuit at 2 o’clock the following morning.

In the Grand Prix, Bardy won his Q1 race on track to be fourth fastest, before winning again in Q2 with the second quickest time. Starting on pole position in quarter-final two, Bardy led from lights-to-flag to secure pole positon for semi-final two. He again led the final knock-out race throughout, to qualify in the middle of the front row for the all-important Grand Prix final.

Bardy ran second for much of the six-lap race to newly crowned British Rallycross Champion Nathan Heathcote, before a slight mistake on the final lap dropped him to third, where he stayed to the finish to score an empathic result.

“I had Ollie (O’Donovan) telling me on the radio not to let Kevin (Procter) passed, which I would normally be doing for him, but I was getting a bit tired in the final. I would have loved to have had him behind me but third is a great result,” said Bardy. “The lads worked really hard to get us ready for Sunday – putting it in the gravel trap on Saturday morning was just testing the limits, I found them! It went a much better on Sunday, it was well worth repairing the car for, so thankyou to the boys for their hard work. I was at the first Grand Prix (in 1982) and we’ve had a few goes at it in customers Supercars, but this is by far the most competitive car I’ve done it in. It’s great of Ollie to let me drive it, he was egging me on every bit of the weekend, unbelievable so. I’m really chuffed.”

In an unusual position of watching from the side lines, O’Donovan was delighted with Bardy’s result. “I was really disappointed for Tony on Saturday morning. It was such a big accident and the fact he came back overnight, rebuilt the car and did what he did is fantastic,” said the Team RX Racing owner. “He won four good races and came third in the final, it’s fantastic. I’m absolutely delighted for him. I think I’ve redeemed my career as a spotter after it lasted less than one corner on Saturday morning. I also saw a lot of different things from different side over the weekend, watching the Supercar from the outside, watching what goes on. Now I can understand a lot more that I can use for when I next drive myself.” 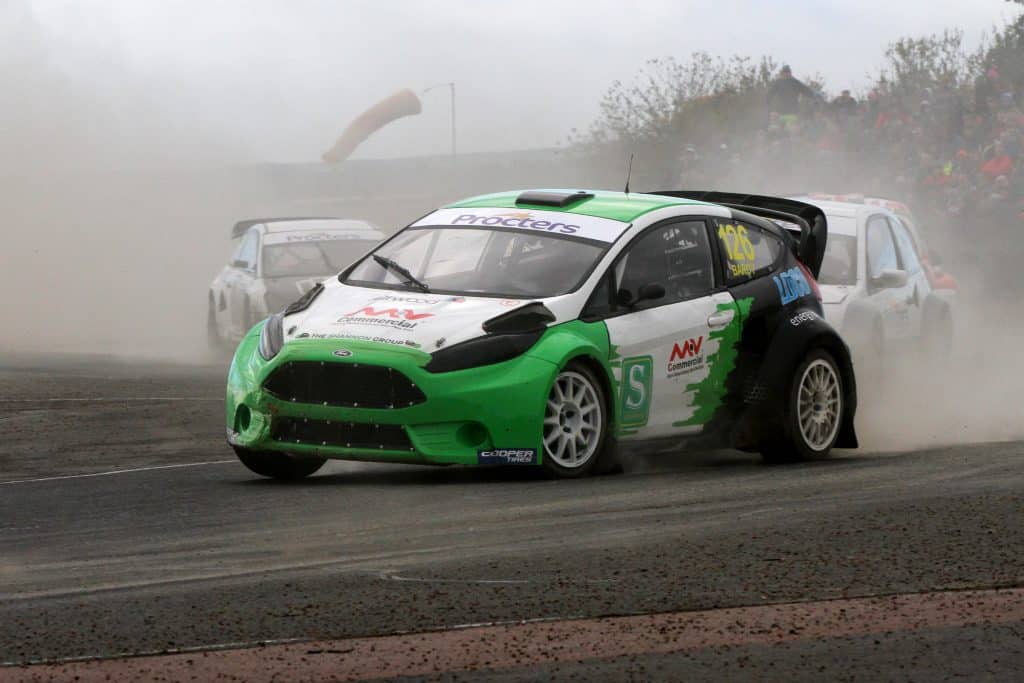