The father-son pair will compete in the final round of the RX150 series on Saturday and the support category to the MSA British Rallycross Grand Prix on Sunday, driving the 1000cc powered single-make, single-seater RX150 buggies.

Mark achieved success in the highly-revered Group B rallycross era driving a Ford RS200 to British titles in 1987 and 1988, and also won at the highest level in the FIA European Rallycross Championship. He has since contested the Pikes Peak International Hillclimb on three occasions in a similar machine, setting his best time in 2013.

His son Ben hasn’t competed in motorsport since winning the Junior Rallycross Championship title in 2007, 20-years after his father’s first British RX glory. Both drivers tested RX150 buggies – machines capable of lapping just a second slower than a headline making four-wheel drive, 600 horsepower rallycross Supercar – on Tuesday at the Team RX Racing test facility near London, in preparation for their home event.

“It’s donkey’s years since I last raced in rallycross. The RX150s are pretty quick and there’s some very good competition, so I’ve certainly got my hands full trying to compete with the guys. I really enjoyed the test, it’s surprising how quick the buggies are, how late you can brake and how much traction there is. You’ve got to keep them revving; I’m very impressed. If it stays dry at Croft it will be more fun, I don’t think it’s as enjoyable for anyone in the wet, so I’m praying for some good weather,” said former RS200 driver Mark Rennison. “Racing with Ben will definitely will be an experience. I only live a few miles down the road from Croft so I will know lots of people. There’s probably more pressure on me than anybody, but I’m looking forward to it and I’m honoured to have been invited by Ollie to drive the celebrity buggy.”

Ben will compete in rallycross for the first time in ten years this weekend, and is looking forward to taking on his father in the competitive category. “I was a bit apprehensive before the test but I’m happier now. There’s a still a lot to learn though. I’ve not driven a rear-wheel drive car ever in a racing environment. It will be nice to be racing at home, I like Croft as a track and I’ve been to some British RX events this season already and seen how things work,” he said. “Racing dad is not something I ever thought we would get the chance to do, but I’ve always wanted to do it and it will add a lot of fun. If he beats me I’m sure I’ll get a lot of stick from my friends and him, but he’s much more experienced than I am so he should do really.”

RX150 Rallycross Championship promotor Ollie O’Donovan was impressed with the pair at the test on Tuesday. “Mark Rennison has a fantastic history in rallycross and I’m delighted that we are able to bring him back to the sport in the RX150s for the Grand Prix weekend. He’s the perfect celebrity driver for the occasion, and it will be great to see him and Ben racing together,” said the Team RX Racing owner. “Ben was very quick when he won the Junior championship. It’s a long time since he last raced, but I must say I was impressed by both Mark and Ben at the test. Mark got to grips with the buggy straight away, and despite having never driven a rear-wheel drive car before, Ben was able to find a rhythm quickly too. I’m really looking forward to watching them race this weekend, I think they could spring a surprise and they will certainly have the support of the home crowd behind them.” 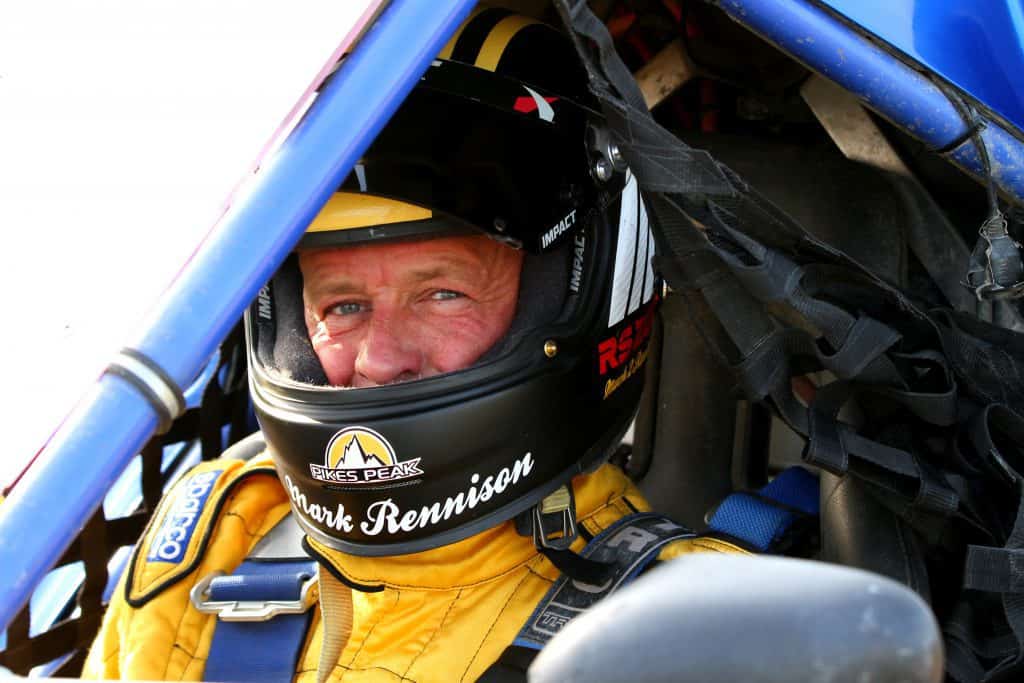