The final round of the RX150 Rallycross Championship takes place this weekend at Croft Circuit in North Yorkshire (October 21), where double champion Chrissy Palmer and 2017 newcomer John Ward will fight for the title.

Palmer heads to the curtain closer with a 15-point lead over Ward. If the former Formula Ford Festival winner secures the title on Saturday afternoon, it will mark his third RX150 crown in succession. For Ward, racing in his first season of RX150 action, second in the points will be a significant achievement in itself, but the two-time BTRDA Clubmans Rallycross Champion has displayed front-running pace throughout his maiden campaign and won his first event in round two at Lydden Hill. He will challenge Palmer for overall honours at the final round.

2016 RX150 vice-champion Stephen Jones also holds a mathematical chance of winning the crown, currently 25-points behind Palmer and will push hard in a bid to score his first win this weekend. Following the Championship finale, RX150 competitors will take part in the non-championship British Rallycross Grand Prix support race on Sunday (October 22).

Double RX150 Champion Marc Scott will return with his Albatec Racing-run RX150, having won round four at Mondello Park in a year of selected appearances, while rallycross legend and two-time British Rallycross Champion Mark Rennison will be in the thick of the action on his return to the sport, having tested an RX150 for the first time earlier this week. Rennison will be joined by his son ben, himself a former rallycross champion having secured the Junior Rallycross Championship title in 2007.

Former rally driver Georgia Shiels is fourth in the overall standings and returns to the circuit where she made her rallycross debut back in March. The University of Bolton student is targeting her first podium of the campaign in the final two races of the season.

Father and son duo Larry and Adam Sargent will also compete at Croft in their distinctive orange machines and as ever will enjoy the competition between each other just as much as the battle for overall positions.

Kenyan driver Tejas Hirani will return to the RX150 Championship at Croft in Sunday’s Grand Prix support race for his second ever appearance. Hirani finished on the podium on his debut in the class at Pembrey in 2014 and has since developed his skills by racing in the RX Lites support category to the FIA World Rallycross Championship.

Meanwhile, 2016 podium-finisher Jake Harris will switch from the Citroen DS3 Supercar that he has raced in British RX this season to racing his RX150 buggy on Sunday and will be another podium contender.

“I’m really looking forward to this weekend, there’s a lot to be excited about in RX150s. The battle for the title on Saturday between Chrissy and John will be interesting – Chrissy holds the cards but anything can happen in rallycross and John has impressed everyone with this pace this year. Of course we’ve got some great regular drivers competing, and it’s great to have Marc Scott back for two days of racing,” said RX150 Championship promotor, Ollie O’Donovan. “Some of the new faces be right up there too, I think Mark and Ben Rennison will be quick, and Tejas has learnt a lot since he last raced with us in 2014. Jake will have learnt a lot from racing a Supercar too, so the results will be far too difficult to call. This will be a great end to the year.” 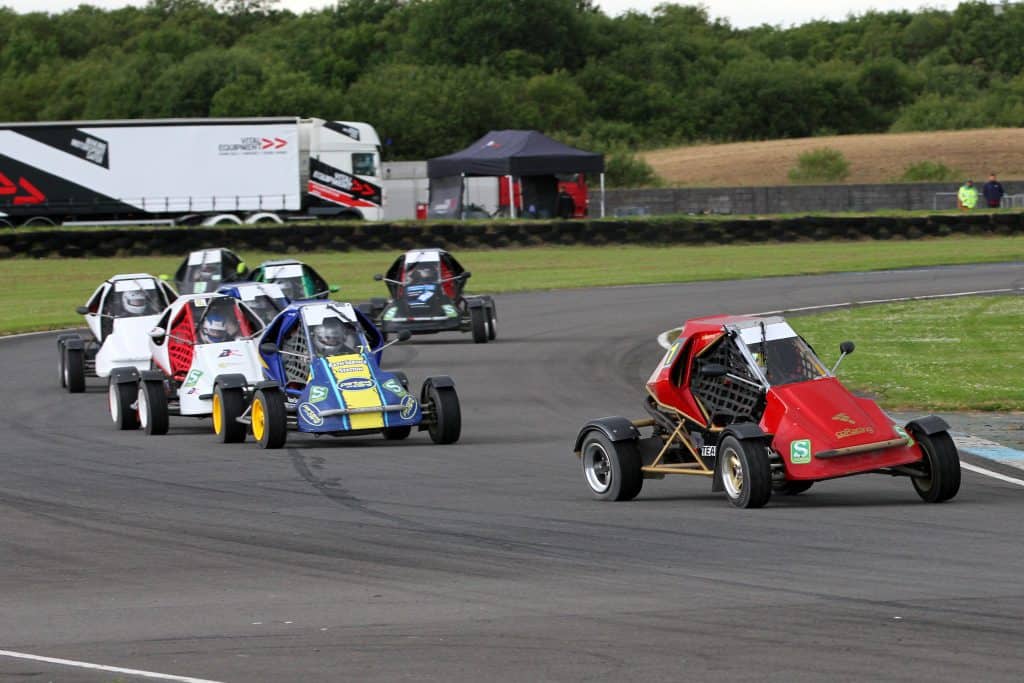