Ward qualified on the front row for the final on Saturday, alongside double RX150 champions Palmer and Marc Scott, but as Scott stalled on the line in the ninth and final round, Ward took the lead and Palmer dropped behind guest driver, two-time British Rallycross Champion Mark Rennison.

Palmer passed Rennison for second on lap one, but had to defend from the former RS200 racer, before pulling a gap. Scott set about climbing through the field and eventually caught and passed Rennison for the final podium position, as Ward claimed his third victory of the campaign and Palmer’s second place finish was enough to secure his third straight crown.

“I came here to do a job and it went really well,” said Champion Palmer. “I didn’t want to push too hard and make a silly mistake. Being triple champion makes me a little speechless to be honest. John shot off in front in the final which to be honest makes me happy because it sets us up for a big battle next year. Hopefully Marc will join us in 2018 too. I think the Rennisons did a fantastic job, I had Mark in my mirrors the whole time, I was very impressed.”

The following day, running as a non-points scoring support class to the MSA British Rallycross Grand Prix, Ward again claimed the spoils in the final, having traded fastest times in the qualifying races with Scott. Former champion Scott pushed Ward hard throughout the final, while 2017 rallycross Supercar campaigner Jake Harris returned to RX150 action and finished on the podium.

Stephen Jones ended his year with a fourth place finish, while Mark and Ben Rennison, the latter having suffered mechanical problems on the opening day, finished fifth and sixth, separated by just a handful of seconds. Former RX Lites racer, Kenyan Tejas Hirani, made his return to the single-make, single-seater buggy category and finished the final seventh.

“It’s been an up and down type of year but it’s unbelievable to have won as many races as I have and to have been as competitive as this,” said Ward. “I wasn’t expecting to be anywhere near this year, we were expecting this to be a learning year so I’m pretty happy. I was under pressure coming here – I needed to win this weekend. We had a problem with the gearbox in testing the weekend before Croft and it’s as quick to change the engine as it is to change the gearbox, but we got here. I’ve definitely enjoyed this season.”

RX150 Championship promotor Ollie O’Donovan enjoyed the full grids and action-packed racing the RX150s provided at Croft. “John Ward drove really well all weekend. Mark and Ben Rennisson were really good, I think if they had more seat time they would be right at the sharp end. Had things gone a bit different this weekend, both had the pace to challenge for the podium,” said O’Donovan. “Chrissy won his third title, but I think if John didn’t have his issues at Mondello Park (in July) he would have been harder on Chrissy’s tail coming here. Chrissy did what he needed to do but I think there will be a big fight for the title next season. We had a really strong grid of buggies all weekend and we’re going to work hard to improve the class even more for 2018.” 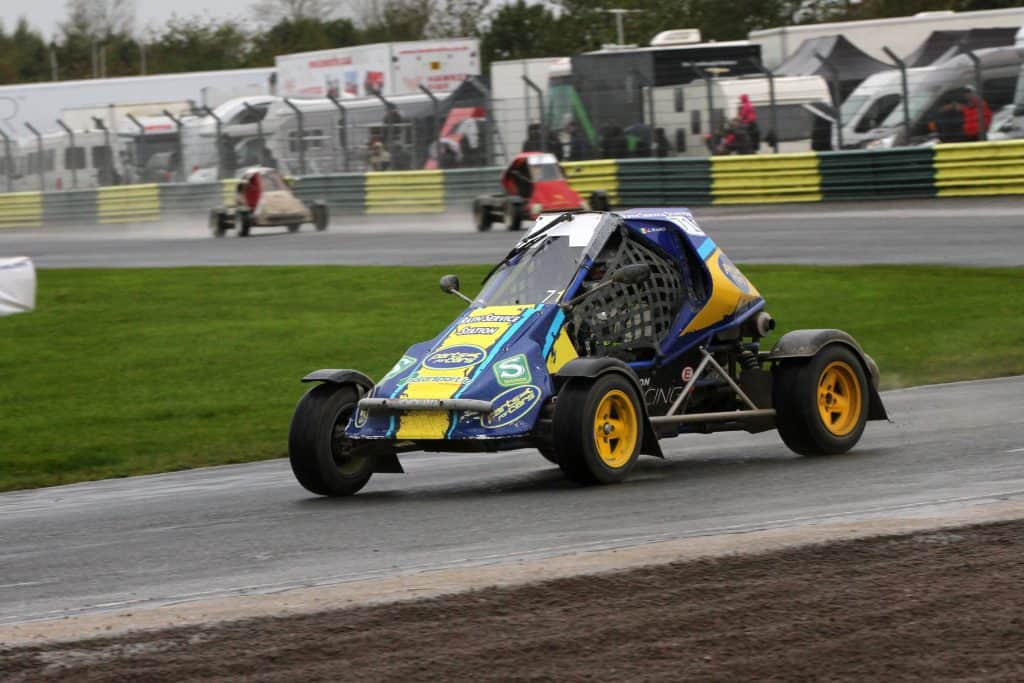