Irish rallycross driver Ollie O’Donovan will focus on the MSA British Rallycross Championship in 2018, targeting a second overall title in the prestigious series.

The Team RX Racing driver claimed his first British RX crown in 2007 and after a time away from the top-flight Supercar category, has spent recent seasons curtailing campaigns in both the FIA European Rallycross Championship and British RX.

While consistently winning events in the British RX series, O’Donovan also became the first ever Irishman to stand on the Euro RX Supercar podium when he finished third in the opening round of the 2017 season in Barcelona.

With the British RX championship becoming increasingly competitive, Team RX Racing will focus its efforts on attempting to claim a second title this season.

Until the Fiesta is ready for action, for the opening rounds of British RX the team will campaign its former European Championship event-winning Ford Focus Supercar, with which O’Donovan won the second round of British RX at Lydden Hill less than 12 months ago.

“I haven’t driven a Supercar since the penultimate round of the season last year, but I’m eager to get started next month at Silverstone. I’ve had a brilliant time competing in both the British and European Championships in the last few years, but we had to make a decision for this year. We looked at all the options and decided that what I really want to do is try and win the British Championship again,” said O’Donovan.

The first round of the British RX series will take place on March 17 at Silverstone, where as part of the 14-car entry, nine-time World Rally Champion Sebastien Loeb and World Rallycross Championship event-winner Timmy Hansen will race a pair of works-run Peugeot Supercars.

“We’ve shown we’ve had the pace year-on-year, but often luck hasn’t been on our side. Sometimes we’ve had problems because our truck has been abroad between European events and we’ve had a limited spares package for the races at home, but this season we are really focusing on one championship. The level will be higher than ever, having names like Mark Higgins in the Championship – along with Timmy and Sebastien racing at round one – is fantastic and will make the challenge all the tougher, but I’m ready to get started.”

Alongside the domestic programme, O’Donovan plans to contest three rounds of the FIA World Rallycross Championship, at Silverstone in the UK (May 24), Loheac in France (September 2) and Cape Town in South Africa (November 25). “Those three events are high on my priority list. The British round at Silverstone will be great to be part of, I love Loheac and the tens of thousands of fans that go there and South Africa would be an amazing place to go and compete.” 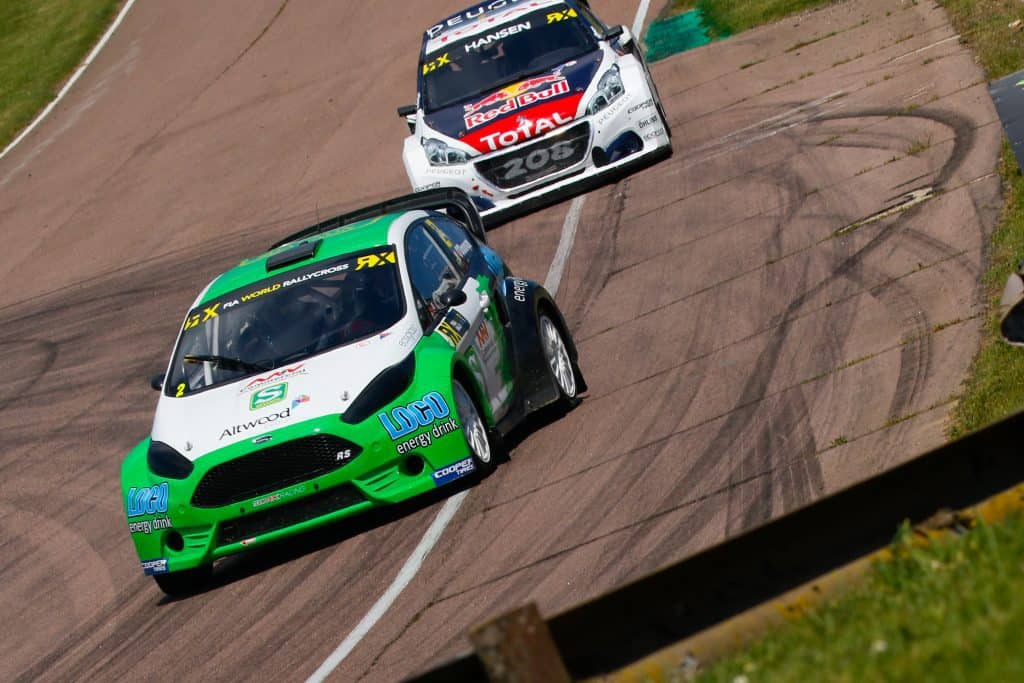