London-based Irishman Ollie O’Donovan stuck to his pre-event game plan and produced a consistent performance in the second round of the MSA British Rallycross Championship at Lydden Hill on Easter Bank Holiday Monday (April 2) get his title-challenge back on track.

Driving Team RX Racing’s Ford Focus Supercar, O’Donovan was forced to retire early in the opening round of the British RX series at Silverstone two weeks earlier and entered the traditional Lydden Hill Bank Holiday event knowing a podium finish was required to re-kindle his hopes of challenging for a second championship title.

In another day of changeable track conditions that began slippery and greasy before drying out, then later became drenched in water due to a hard downpour, 2007 British RX Champion O’Donovan was second, third and then second in the three qualifying races to qualify top in the Intermediate Classification and on pole position for semi-final one.

In the semi-final, O’Donovan just missed out on race victory to the newer-specification Ford Fiesta of Oliver Bennett, but regardless he secured a front-row start for the all-important final.

Taking an early joker lap in the final, O’Donovan climbed the order as those ahead took their jokers and was third in the closing stages. Hounding second-place driver and points leader Julian Godfrey, O’Donovan opted to play the long game, maintain  track position and take home solid points to get his 2018 back on track.

“We came to Lydden with a clear plan. We couldn’t afford another poor score, so I stayed out of trouble in the qualifying races and was able to get good times. The Focus might be older than our Ford Fiesta [which is currently being rebuilt by Tony Bardy Motorsport], but it’s still a very good car and we were pleased to be top qualifier,” said O’Donovan, who is now fourth in the standings.

“In the semi-final and final I of course pushed hard, but I was very aware that I threw everything at getting the best results possible at Silverstone and got pushed off by other cars because I put myself in that position. This time we just kept our noses clean and that is the result. The car ran really well all day. I could maybe have finished second but it would have been a risk to try and pass Julian, and Mark [Higgins, winner] was just too quick today so well done to him. I’m happy with a podium and looking forward to getting back to it at Croft for round three.” 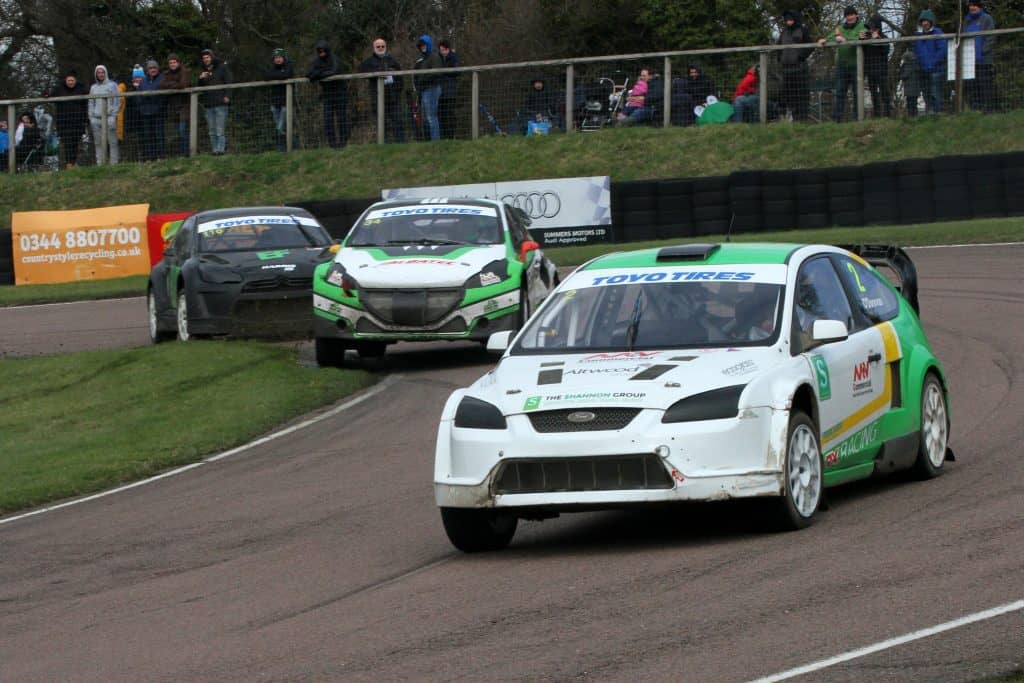