One of Denmark’s leading motorsport stars, Ulrik Linnemann, will race in the second round of the RX150 Rallycross Championship on Easter Bank Holiday Monday at Lydden Hill (April 2).

Linnemann has been a title-contender in the ultra-competitive FIA European Rallycross Championship for Super1600 in recent years and for 2018 will graduate to the Euro RX Supercar category with a Volkswagen Polo run by his own team.

The Dane will join RX150 title-contenders Chrissy Palmer, John Ward and Stephen Jones on the Lydden Hill grid, while Brett Harris will also make his first start of the 2018 campaign in Kent.

In the opening round of the season at Silverstone two weeks ago, triple RX150 Champion Palmer scored a narrow victory over World Rallycross star Kevin Eriksson, driving the ‘celebrity’ buggy, while double RX150 race-winner Ward completed the podium.

This weekend it’s Linnemann’s turn to take the wheel of the celebrity RX150, in the single-make single-seater buggy category for the machines powered by 1000cc motorcycle engines that use sequential gearboxes, weight 430kgs and lap just over a second slower than the headline Supercars.

Despite never having raced a rallycross buggy, and having limited experience in rear-wheel drive machinery, Linnemann is no stranger to achieving success at the Lydden Hill circuit. He won the Euro RX Super1600 final at the venue in 2013.

“I’ve never driven anything like this before, I think the closest experience is back when I drove an old Opel Manta in folkrace when I was a child, and I also had one outing in a classic Ascona rally car,” explained Linnemann. “Lydden Hill is special to me, so I’m excited to go back there and race. Exactly five years ago, my daughter was born on March 28 and three days later, I won the first ever race at Lydden run by IMG (in 2013), so I like it a lot. My goal for the weekend is to have fun, that is always the most important, but every minute behind the steering wheel is good. I feel ready for my next challenge in Barcelona in two weeks, but I know that the battle will be hard in European Championship Supercar too.”

Linnemann will join a long list of star names to have sampled the RX150 machines, something Championship Promotor Ollie O’Donovan is looking forward to this weekend. “Over the years we have had some great names in the buggies, and it’s great to have Ulrik with us this weekend to race at Lydden Hill. The first round was very, very competitive, Chrissy won, but only just and I think things will be close again this weekend,” said O’Donovan. “It will be interesting to see how quickly Ulrik can get up to speed with his limited rear-wheel drive experience, and John was very quick at Lydden last year too. The buggies performed really well at Silverstone, the developments we made over the winter have brought a significant step forward.” 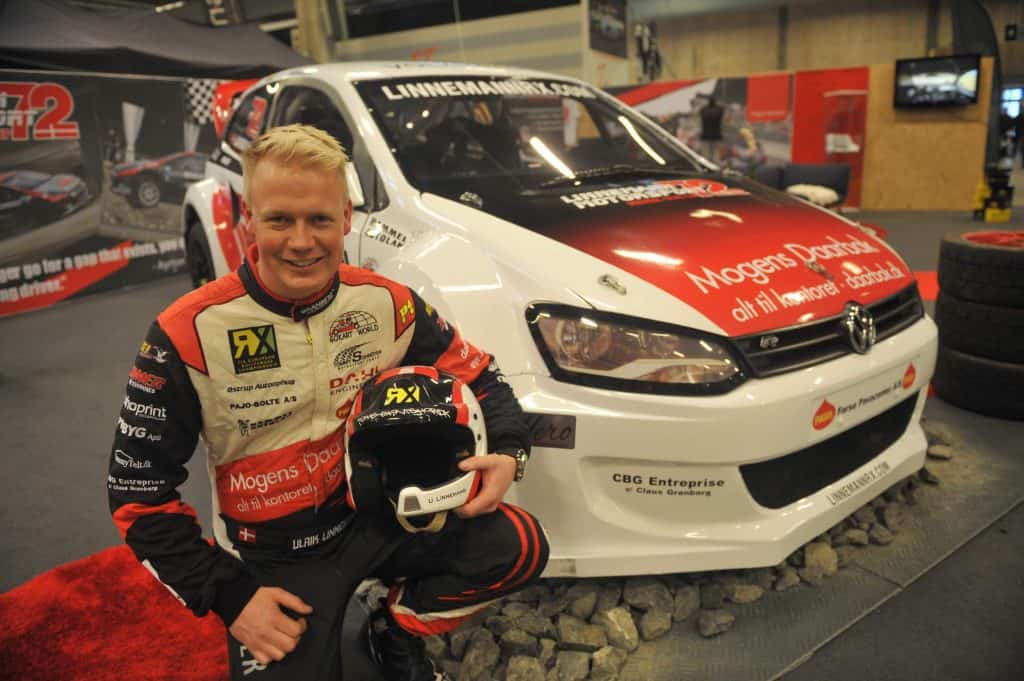