But, it was 2017 title-rival and round one podium finisher John Ward who started the final from pole position, having set the fastest time in Q1 and was third then second in Q2 and Q3.

Alongside him on the front row was FIA European Rallycross Championship star Ulrik Linnemann, from Denmark, who had never driven a rallycross buggy before the morning practice session but was an impressive fourth, second and third in the three qualifying encounters.

Palmer completed the front row, having missed the opening race of the day due to technical problems he fought back with a pair of fastest times in Q2 and Q3.

The heavens opened before the final began, and as the lights went green it was Palmer from the outside of the grid who immediately took the lead. Hassled for the lead through turn one, Palmer was passed by Linnemann on the inside into Devil’s Elbow, only for the Euro RX race-winner to run wide, dropping down the order.

In a bid to make up ground, the Danish driver again spun at the North Bend Hairpin just a corner later, while battling with Ward and Leo Forster.

Linnemann wasn’t alone in spinning his buggy in difficult conditions however, Ward also spun at the first corner later in the race and lost time at the hairpin too, while Linnemann would again spin at the hairpin and Stephen Jones also lost time with an off-track excursion.

As former champion Forster hung onto second behind winner Palmer, Linnemann re-passed Brett Harris for third in the closing stages to finish on the podium, with Harris fourth, Ward fifth and Jones sixth.

“It was great fun, I was here to have fun and enjoy, and I did that. I think I had a chance for victory if it stayed dry, but it rained and I was third off the line in the final. I nearly took the lead but then I went back to sixth, up to fourth and had a spin so back to sixth again. I managed to get up to third by the finish, so I have to be happy with that. Now I’m looking forward to racing the Supercar in Barcelona next week,” said Linnemann.

Victory for Palmer extended the triple-champion’s points lead. “I’m very happy, especially after the morning’s issues with the driveshaft breaking. It was a brilliant event, Leo did a brilliant job again after being so long out of the buggies and jumping back in,” he said. “Ulrik was flat out straight away, it was very impressive. Obviously the buggies in the wet are slightly different but it was a brilliant job by him and I’d like any of them to come back again.”

RX150 Championship Promotor Ollie O’Donovan was impressed by Palmer, Forster and Linnemann. “I think for this event, the right three guys were on the podium. In the final they were the three fastest drivers, it’s just a shame for Ulrik that he had a couple of spins otherwise I think it could have been a different story. Leo was strong too and John Ward just had one of those races that didn’t go right for him in the final. We have a very competitive field this year and we’re already looking forward to round three.’

The third round of the RX150 Rallycross Championship will take place at Croft Circuit in North Yorkshire on May 6th. 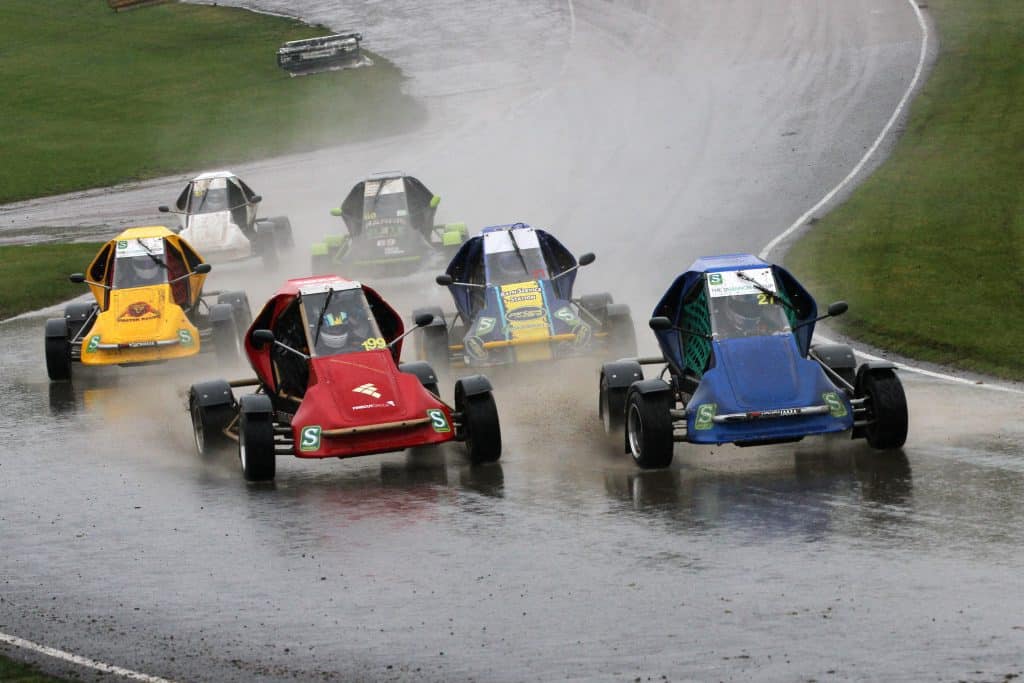