London-based Irishman Ollie O’Donovan is aiming to continue a run of good form into the third round of the MSA British Rallycross Championship this weekend at Croft Circuit (May 6) as he bids to close the gap to the points leaders.

Former British RX Champion O’Donovan ran with the best of the British Championship contenders at the Silverstone season-opener in March, but was pushed off at the start of his semi-final, putting him out of the running, the damage sustained to the Team RX Racing Ford Focus Supercar forcing retirement.

In round two at Lydden Hill, O’Donovan knew a podium finish was critical to get his season back on track, and he duly delivered, coming home third in a rain-hit final at the former FIA World Rallycross Championship host-venue.

Having climbed from sixth to fourth in the standings, O’Donovan is just one point behind third position, but needs to continue the momentum from Lydden Hill to Croft Circuit this weekend if he is to remain in early contention for a second British RX crown.

A change in scheduling takes British RX to Croft mid-season, the circuit having book-ended the domestic calendar in recent years. Due to an accident in the penultimate round at Pembrey in 2017, O’Donovan was forced to skip the Croft season-finale and hasn’t raced at the circuit for over 12 months.

“We had good pace at Lydden, I don’t think it was realistic to challenge Mark (Higgins) for the win, but we certainly could have had second if we were in a big fight. But, the target going there was to finish on the podium and I just kept out of trouble to make sure we got good points,” said O’Donovan.

“And as much as we’d like to win this weekend, the target is first to qualify as high as possible for the final, then the aim is to be on the podium. Julian (Godfrey, five-time champion) hasn’t won many races over the last few years but he has either won the title or been very close to it. He’s super consistent and that’s what we need to be too. Yes, you need to win events too, but until our Ford Fiesta is ready for later in the year, I’ll be content with solid finishes. I know I missed driving for two days at Croft last October compared to most of the other drivers here, but I don’t think that makes any difference to be honest.”

The squad’s FIA European Rallycross Championship specification Fiesta, in which O’Donovan finished on the podium in the opening round of Euro RX last year in Barcelona, is currently undergoing rebuild and development work at preparation expert Tony Bardy Motorsport’s Scotch Corner workshops. “We’re hoping to have the Fiesta finished in time for the World RX event at Silverstone later this month, then after that we will use it for British RX for the most part. The aim for this year is still very much to fight for the British Championship title.” 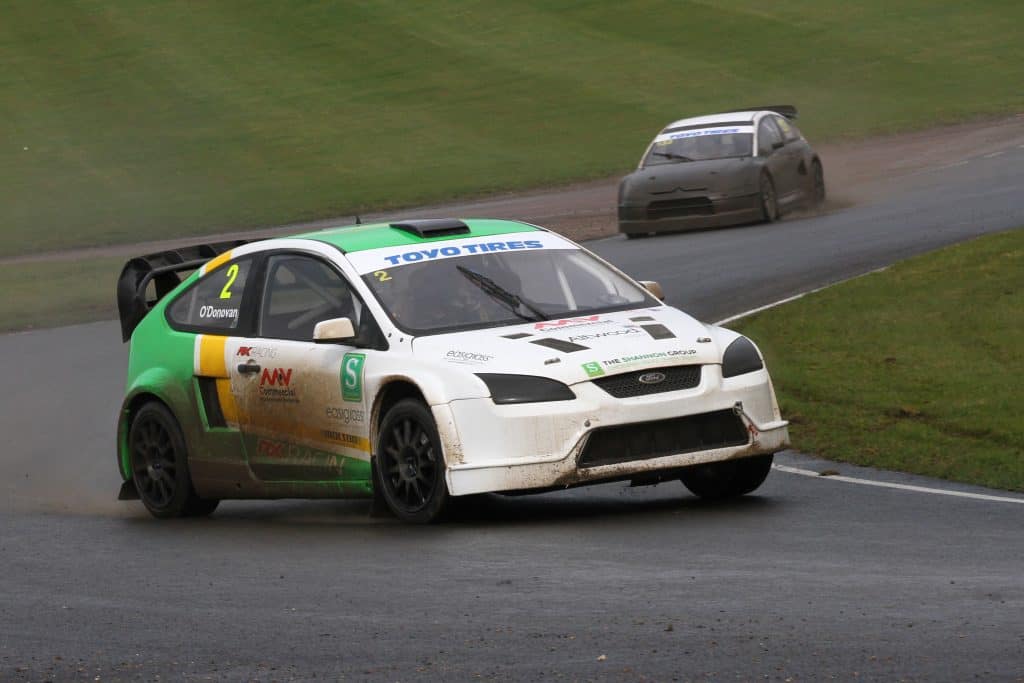