RX150 Rallycross Championship leader Chrissy Palmer remained unbeaten in 2018 by scoring his third successive victory in round three at Croft Circuit (May 6), heading home a trio of local heroes.

Fastest in each of the three qualifying races, Palmer started on pole position for the final, but faced a challenge for the lead from former RX150 Championship event-winner Dave Bellerby in the run to turn one.

On his return to the sport, Milner had been second fastest throughout the qualifying stages of the event but the contact with Bellerby sent him into the turn-one gravel trap. Eventually getting back on track, Milner pushed hard to over come Bellerby for the final podium finish.

Up front, Palmer and Procter raced alone, each with a substantial cushion to finish first and second, Supercar regular Procter improving his performance throughout the day following a number of spins in the early qualifying stages.

“The buggy was handling brilliantly, I really enjoyed the weekend. Especially after the first two rounds were quite hard for us, it was nice to get four race wins in a row at Croft. I couldn’t have asked for any more,” said Palmer. “It was a real shame that John [Ward] had problems, hopefully he’ll be at the next round and we can pick up where we left off. It was a lot of fun to race those really experienced guys and to come away in front was even better.”

“Chrissy was in amazing form at Croft, I genuinely didn’t expect him to have that margin over the likes of Kevin, Dave and Jonny, but they put up a good fight. I enjoy seeing guys who have so much experience in motorsport getting out of the buggies with a smile on their face. It was great to have them along,” said RX150 Championship Promotor Ollie O’Donovan. “We’re expecting a bigger entry for the next round at Pembrey, where I’m sure Chrissy will face more challengers. It was a huge shame for John that he ran into problems at Croft, hopefully he will be back at Pembrey because when things are going well for him, he can be a real threat to Chrissy’s dominance in the points. 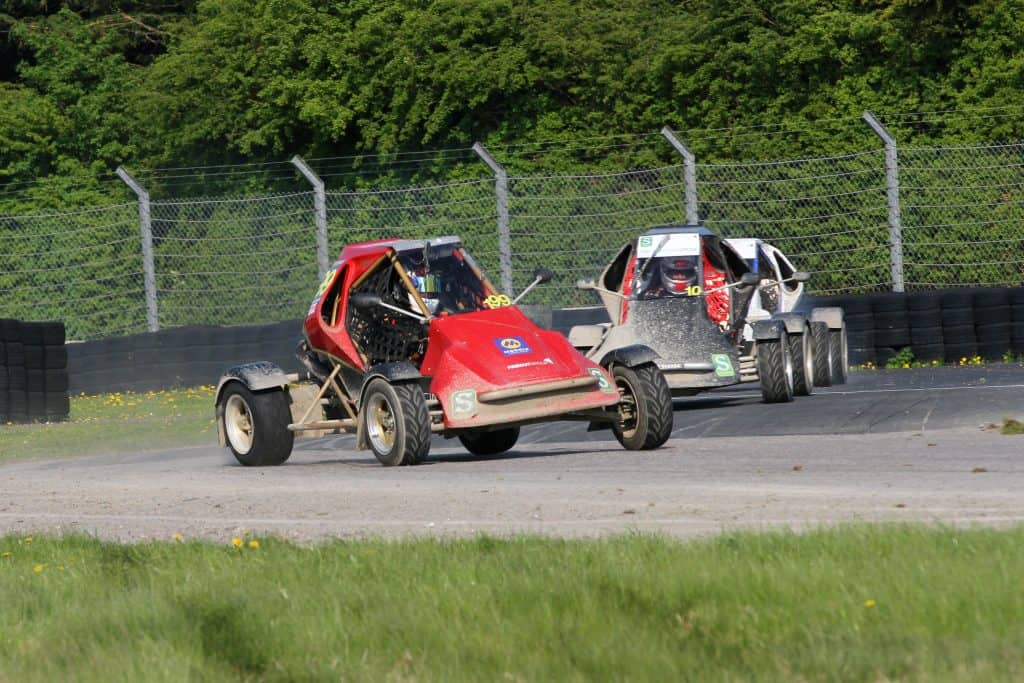