London-based Irishman Ollie O’Donovan leads the MSA British Rallycross Championship standings heading into the sixth round of the competitive series at Croft Circuit in North Yorkshire this weekend (July 29).

A hat-trick of victories from the last three rounds, at Croft and Pembrey in South Wales, have elevated the Team RX Racing driver to the top of the points table.

2007 British Rallycross Champion O’Donovan has stepped back from regular international rallycross competition in 2018 to focus on fighting for a second British RX crown, and has only once finished off the podium this year, when he was forced out in the semi-final stages at the Silverstone season-opener.

Racing the Tony Bardy Motorsport-prepared Ford Focus Supercar, O’Donovan will carry his season long goal of a solid points haul into round six this weekend. “We’ve had some brilliant results in the last few races, and if you look at each individually, the start of the final has been the critical phase. Consistency through qualifying is very important, we want to be on the front row of the grid come the final to stand the best change of another solid result this weekend,” said O’Donovan. “I would love to win again of course, but we are in a good position and we cannot be distracted from what our plan has been all season, to score good points towards the championship. If we can be on the podium, that would be ideal.”

The North Yorkshire venue is effectively a home event for much of the Team RX Racing squad, with Tony Bardy Motorsport’s workshops based just down the road from the circuit, in Scotch Corner. “It’s great for the boys that it’s their home event. Tony and Sam in particular have worked so hard this year to get us into the position we’re in and I would love a good result at their home track for them,” he concluded.

14-year old Patrick O’Donovan will also race this weekend in the MSA Junior Rallycross Championship, driving the Team RX Racing 1300cc Suzuki Swift. Patrick made his debut at Croft in May and continued his rallycross learning at Pembrey last month. Croft this weekend will be the first time he has any prior experience of the circuit he is racing at, which will only help the young driver in his first season in the sport, who is guided by experienced engineer Graham Rodemark. 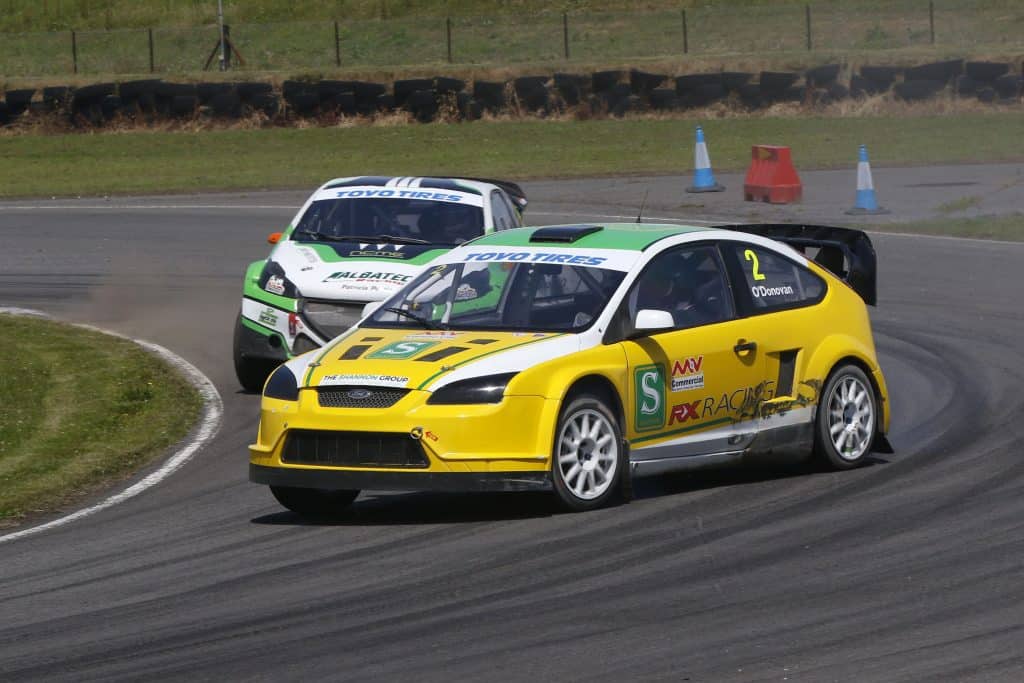