2007 British RX champion O’Donovan, who currently lies just three points off the lead in the 2018 standings, will race the team’s fully-rebuilt Ford Fiesta Supercar that he campaigned in the seventh round of the British series at Lydden Hill last month and the French round of the World Rallycross Championship at Loheac, in front of 80,000 spectators.

Bardy meanwhile will race the Ford Focus Supercar with which O’Donovan has won three rounds of British RX this season. Bardy last drove for the team at the MSA British Rallycross Grand Prix at his home circuit, Croft, last October and finished on the podium in the Fiesta.

He also raced the Focus in the Mondello Park rounds of the championship last year, but was kept off the podium by niggling mechanical problems. “The Focus is a great car and with three event wins under its belt already this year, the pressure is on,”said Bardy. “I want to do my best, I hope I still have the energy to do a race distance. I’m not going there to get involved in the fight for the championship, I’m just going to do my own race. Once again a huge thanks to Ollie for giving me another opportunity to drive a Supercar.”

O’Donovan won rounds four and five of British RX at Pembrey back in June, with the circuit used in a opposite direction on both days, and is looking forward to returning to the South Wales venue to continue fighting for a second British RX crown.

“I’m really looking forward to getting back into the Fiesta. We won on track in it at Lydden Hill until we got a penalty for overtaking Mark (Higgins) in the final, which I don’t agree with but we have to accept. Mark is a very talented driver, it’s great to have him in the championship and I’m looking forward to racing both him and Julian (Godfrey) for the championship in the last two rounds of the year. We are just going to stick with the game plan we’ve had all season of trying to finish on the podium and see where we go from there” said O’Donovan. “Tony (Bardy) works very hard with his team for everything we do, I have the Focus and it’s a pleasure to be able to give him a run out. He is always modest when it comes to predictions, but he is a very talented driver, if a bit rusty for not having the opportunity to race very often but I’m sure he’ll enjoy driving the car this weekend.”

Find a full details for the Pembrey British RX event on the championship website. 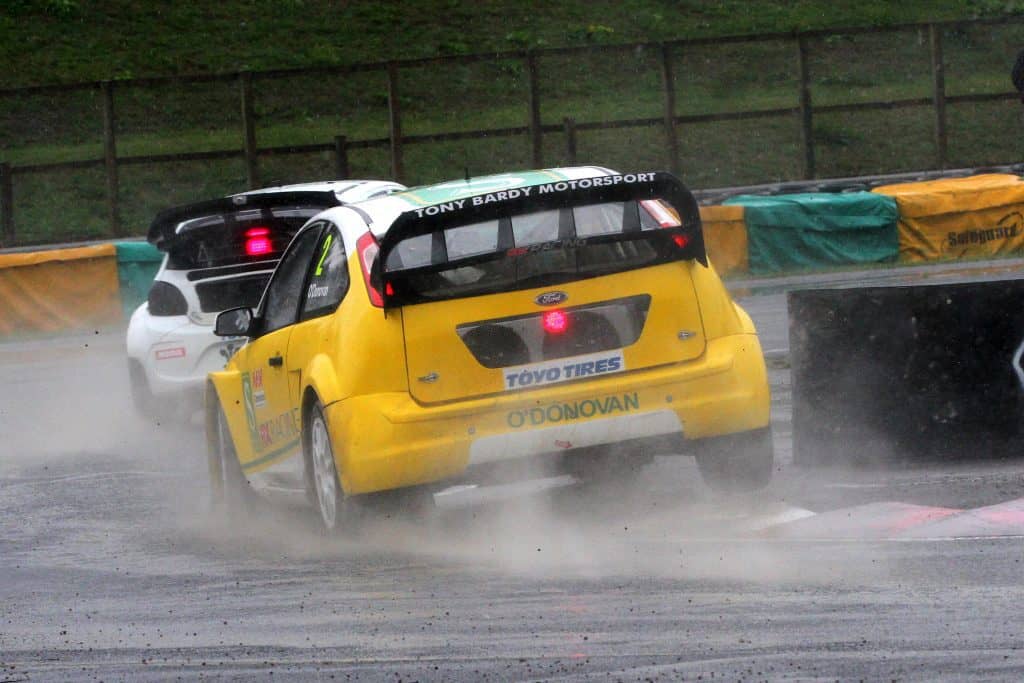