London-based Irishman Ollie O’Donovan enters the final round of the 2018 MSA British Rallycross Championship this weekend at Silverstone (November 4) leading the points, but is set for a three-way battle for the crown.

2007 British RX Champion O’Donovan prepared for the British RX finale by using the final round of the BTRDA Clubmans Rallycross Championship at Croft Circuit as a test session last weekend, where he dominated in Team RX Racing’s Ford Fiesta Supercar to score his fourth win of the year.

With the Fiesta having undergone minor improvements in recent weeks, O’Donovan will compete against title contenders Julian Godfrey and Mark Higgins in the race to become the 2018 Champion this weekend. O’Donovan is four points ahead of Godfrey and five ahead of Higgins entering the final round of the year.

Prior to taking part in the season finale where 14 Supercars will compete, O’Donovan will drive the Fiesta in a firework celebration display at Silverstone on Saturday evening as the famous circuit celebrates its 70th anniversary.

“We had a good test by racing in a round of the Clubmans Championship at Croft last weekend. It’s not often I get the chance to drive a Supercar without having to think about times and race positions, and we learnt a lot. We’ve solved some of the issues that we’ve had with the Fiesta recently with power and handling, and I’m really looking forward to the final round at Silverstone this weekend,” said O’Donovan.

“It’s very close between myself, Julian and Mark, but we can’t get too wrapped up thinking about the points situation before the semi-finals. I’m just going to go there and do the best I can, then see how things are looking. I would love to win a second British RX title and that’s what we’ve been working really hard towards this year, that’s why we focused on the British Championship instead of going to Europe. But, this is rallycross, it’s a strong entry and you can’t take anything for granted.”

The former rally driver will be joined in the Team RX Racing squad at Silverstone by 2016 British RX Champion Dan Rooke, racing the Ford Focus with which O’Donovan won three rounds of British RX with earlier this season and preparation expert Tony Bardy drove in the penultimate round at Pembrey in September.

Patrick O’Donovan will also be in action at Silverstone racing in the MSA Junior Rallycross Championship. In his first season of rallycross, 14-year old O’Donovan has twice finished second, at Croft and Pembrey, having missed the start of the season until passing his 14th birthday (the minimum age required to race in the category). This weekend will mark the first time O’Donovan Jnr has raced at Silverstone. He also competed in the Clubmans Championship last weekend as a warm-up to the British RX finale, and finished fourth.

Find a full details for the Silverstone British RX event on the championship website. 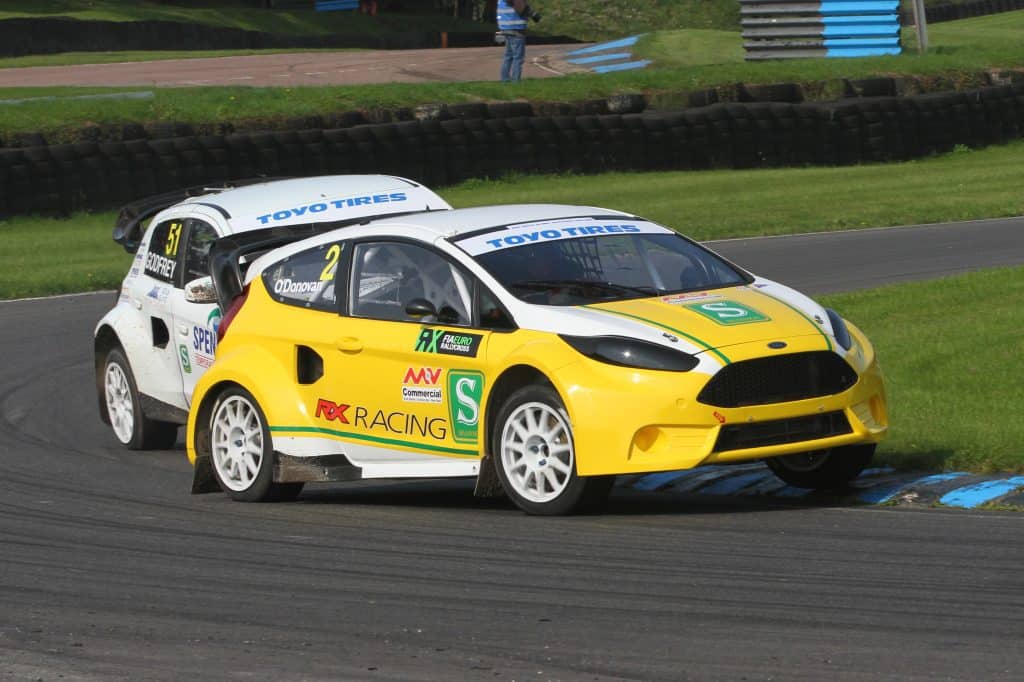