Finnish rallycross star Jami Kalliomaki, drifting ace Luke Woodham and rallycross journalist Hal Ridge will join the RX150 Rallycross Championship line-up for the final round of the 2019 season at Silverstone on Sunday (November 4).

18-year old Kalliomaki has experience of racing similar buggy machines in Nordic countries, having raced in crosskart since 2014 and is a three-time Finnish Champion. Last season he took part in the RX Academy programme in Finland and finished third overall, before graduating to racing in the single-make support category to the FIA World Rallycross Championship, the RX2 International Series this year.

The trio will take on a number of RX150 regulars at the British Formula 1 venue, including now four-time Champion Chrissy Palmer – who has secured his fourth straight title by being unbeaten in 2018 – former Champion Leo Forster, event winner John Ward and regular podium finisher Stephen Jones. Forster and Ward are split by just one point in a battle for third in the standings.

“I’m really excited to test a new kind of buggy to me. I started my rallycross career in 2014 with a 125cc crosskart and I won the Finnish Championship the next year. This season I’ve been racing in crosskart extreme, which are 750cc,” said Kalliomaki. “I think Silverstone as a place is very cool – I like the hairpin before the main straight and the first corner is pretty nice. I’m hoping to win this weekend of course.”

For Ridge, Silverstone will mark his first British RX start in over six years. “I’m looking forward to racing again this weekend but as I will still be reporting on the event as usual too, I won’t have too much time to think about the driving between races, it will just be a case of jumping in and going to the start,” said Ridge. “I have very little rear-wheel drive experience and although I am very lucky to have tested some amazing cars for features in the last few years, that is very different to racing and chasing the clock. The level is high in RX150, I have no expectations for a result but if I can improve my performance during the day I’ll be happy.”

RX150 promotor Ollie O’Donovan is looking forward to watching the wildcard and regular drivers in action at Silverstone. “The pace at the front of the field this weekend is going to be really fast. Chrissy showed again in the last race at Lydden Hill why he is a four-time Champion, but I’ve already seen Jami testing a crosskart in Finland and think he can get up to speed quickly in the RX150, even if they are a little different to the buggies up there,” said O’Donovan. “We know that Leo and John are both fast and will be right in the mix for victory too, and Stephen is always in the hunt. Having Luke and Hal make their debuts will be good too. Hopefully the weather is good because the buggies really come into their own when it’s dry. I think it’s going to be an exciting end of the season.”

Find full information about the Silverstone event, including entry lists and results as they happen on the British RX website. 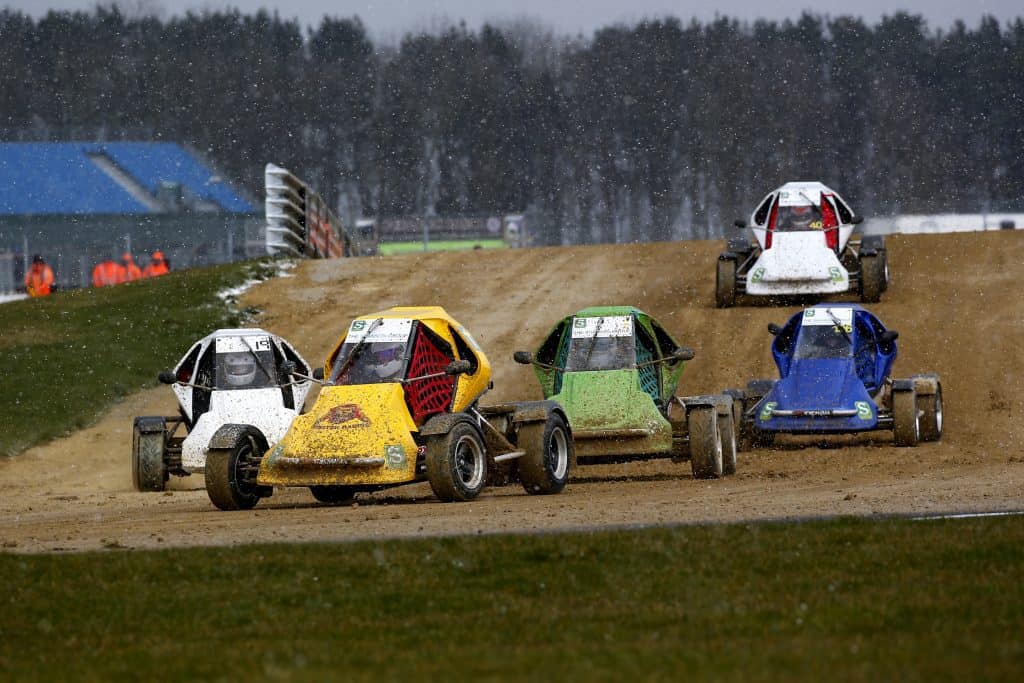