The team’s lead driver, Ollie O’Donovan, is vastly experienced in both rallycross and rallying, and won the MSA British Rallycross Championship in 2007, driving a Peugeot 306 Supercar, originally built by the legendary Will Gollop and prepared by Tony Bardy Motorsport.

While Team RX Racing is based near London, UK, Tony Bardy Motorsport continues to prepare the team’s Supercars (Ford Fiesta and Ford Focus) today from its Yorkshire base. O’Donovan won two British RX events in 2016 to finish second in the Championship, while also making several semi-final appearances in the highly competitive FIA European Rallycross Championship.

The team also runs the RX150 Rallycross Championship, a single-make category in the MSA British Rallycross Championship for off-road single-seater buggies, that lap a British RX circuit less than two seconds slower than a rallycross Supercar. The buggies are also used for events such as Monster Energy’s Gymkhana Grid and the prestigious Race of Champions.

Find information about the RX150 Championship, hire, and an incredible list of names that have driven the RX150 buggies at the links in the menu. 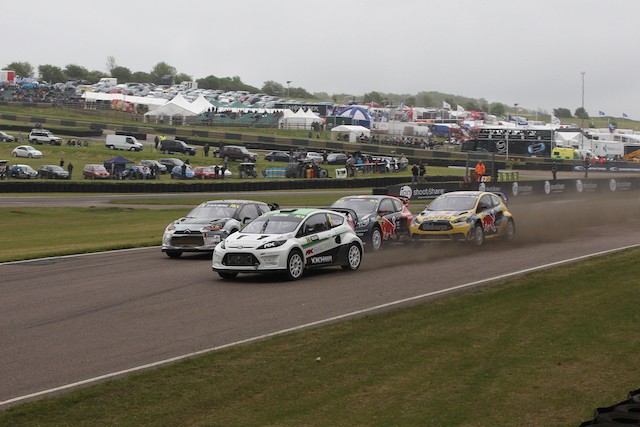